A couple of weeks ago, Emily had a bit of a problem with the Makerspace CNC machine - the PC that is usually used to control it wouldn't boot, so she used her laptop instead. Unexpectedly, this caused the computer to attempt to update the firmware on the CNC controller, and this failed, and bricked the device. Emily was later able to continue with work on it by using its "GRBL Mode" by making an Arduino-based USB-bridge, but this is not ideal, as there are problems with the way her usual software creates the GRBL code that relies on having stop switches, which the machine doesn't have.

Emily had the bright idea of tweeting to Duet3D asking for help, and they have responded very positively, donating us a new Duet 3 controller board. These are usually used to power 3D printers, which have much lower power requirements than CNC milling machines, so we will need to get creative with the electronics to drive the spindle motor, and it seems that the PSU of the original controller is not the best, so we will need to get a better one. It's going to be a bit of a project, but we're up for it, and we will be documenting our progress via Twitter and blog posts here, plus maybe some videos. Watch this space! 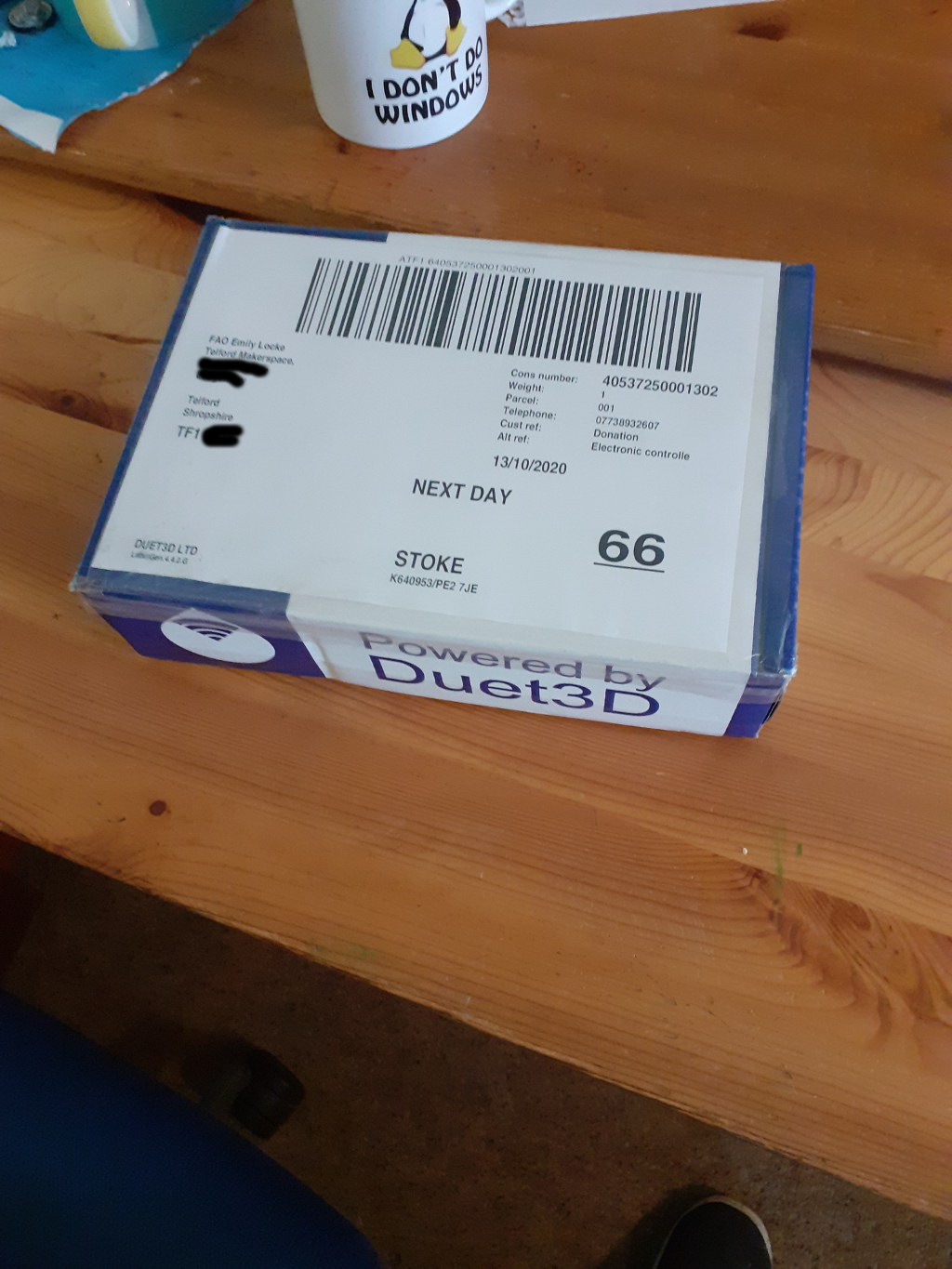